BOOK REVIEW: In the Jaded Grove by Anela Deen | Purely Magical With Lots of Turns and Twists

April 30, 2021
Hello, reading buddies! Welcome to my tour stop where I'll be reviewing In the Jaded Grove by Anela Deen. All thanks to Caffeine Book Tours for organizing this blog tour and for including me in it. Now, if you wanna know more about this book and my thoughts on it, then just keep on reading --

Simith of Drifthorn is tired of war. After years of conflict between the Thistle court and the troll kingdom, even a pixie knight known for his bloodlust longs for peace. Hoping to secure a ceasefire, Simith arranges a meeting with the troll king—and is ambushed instead. Escape lies in the Jaded Grove, but the trees of the ancient Fae woodland aren’t what they seem, and in place of sanctuary, Simith tumbles through a doorway to another world.

Cutting through her neighbor’s sunflower farm in Skylark, Michigan, Jessa runs into a battle between creatures straight out of a fantasy novel. Only the blood is very real. When a lone fighter falls to his attackers, Jessa intervenes. She’s known too much death to stand idly by, but an act of kindness leads to consequences even a poet like her couldn’t imagine.

With their fates bound by magic, Simith and Jessa must keep the strife of his world from spilling into hers—except the war isn’t what it appears and neither are their enemies. Countless lives depend on whether they can face the truths of their pasts and untangle the web of lies around them. But grief casts long shadows, and even their deepening bond may not be enough to save them from its reach.

Add it on Goodreads | StoryGraph

Buy it on Amazon 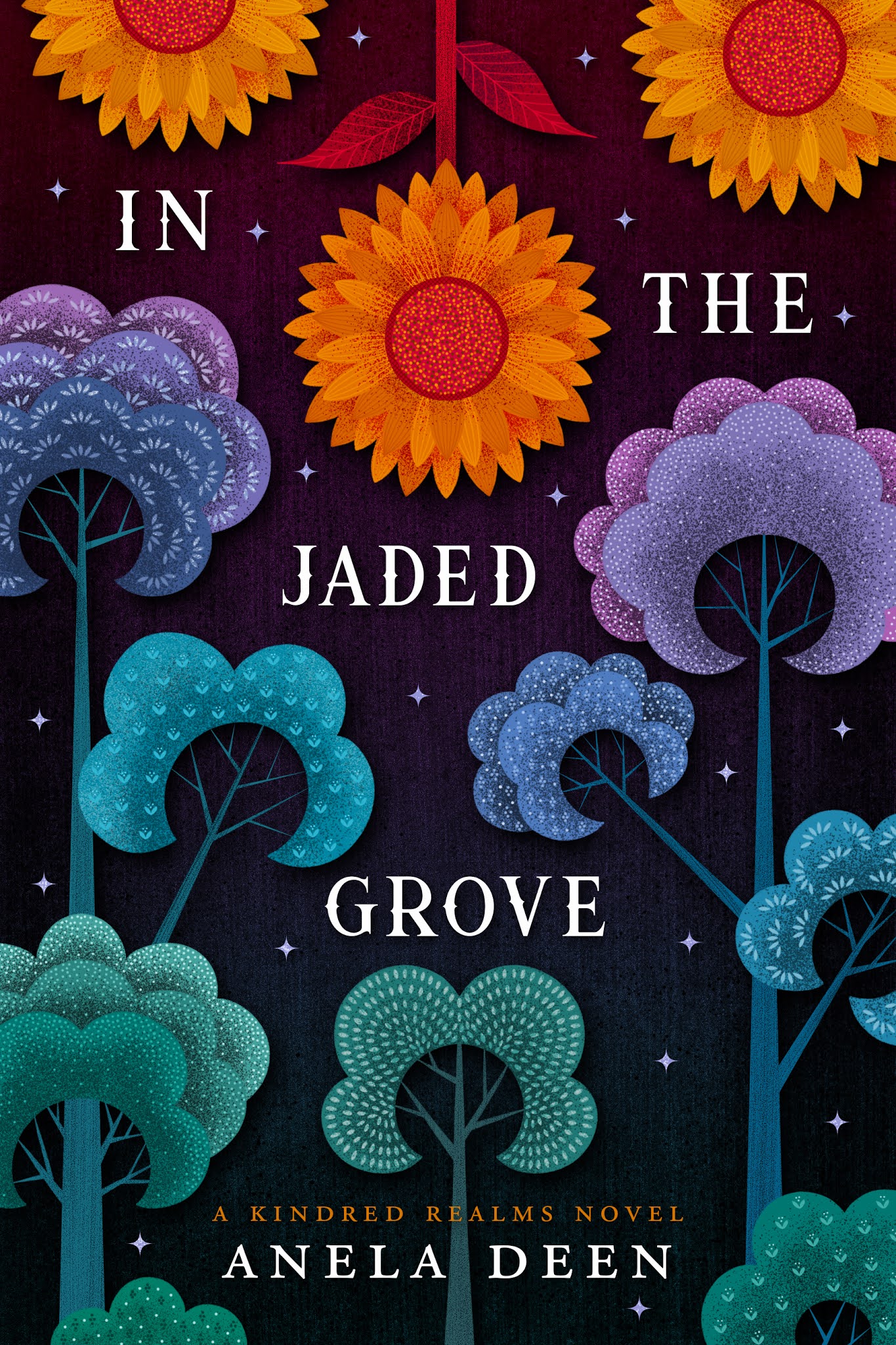 **I received a review copy from the publisher and Caffeine Book Tours in exchange of an honest review as a tour participant but this does not affect my opinion on the book.**

PART ONE: A VEIL IS PARTED

The beginning of this fantasy novel started off kind of blurry for me. I didn't know who is who and which is which. But as the story progressed, I love how the past and the present were integrated and woven smoothly by the author's writing. I also love how the author chose to take things slowly when it comes to getting to know the characters more. The author didn't give us everything we need to know and I think it's a really good way to do if you (an author) would like to get your readers to be invested with your book's characters.
But even though the author chose to introduce the characters slowly, my interest in the plot was not affected at all because even in the first few chapters, there is already a lot of action happening between the two main characters' lives. I'm not a "fae/fairy novel expert" but I can see how In the Jaded Grove has its unique take on telling a fairy's story. I can now say that I'm a fan of fantasy novels where the real world and a fantasy world collide because Anela Deen did a good job doing it in this novel.
Now, part one ended in a way I did not expect but I liked how it ended. It took me by surprise that the author chose to end something in the first part and because of this, I just got more eager to read part two to see what's gonna happen next. I am here for more of Simith and Jessa and so... 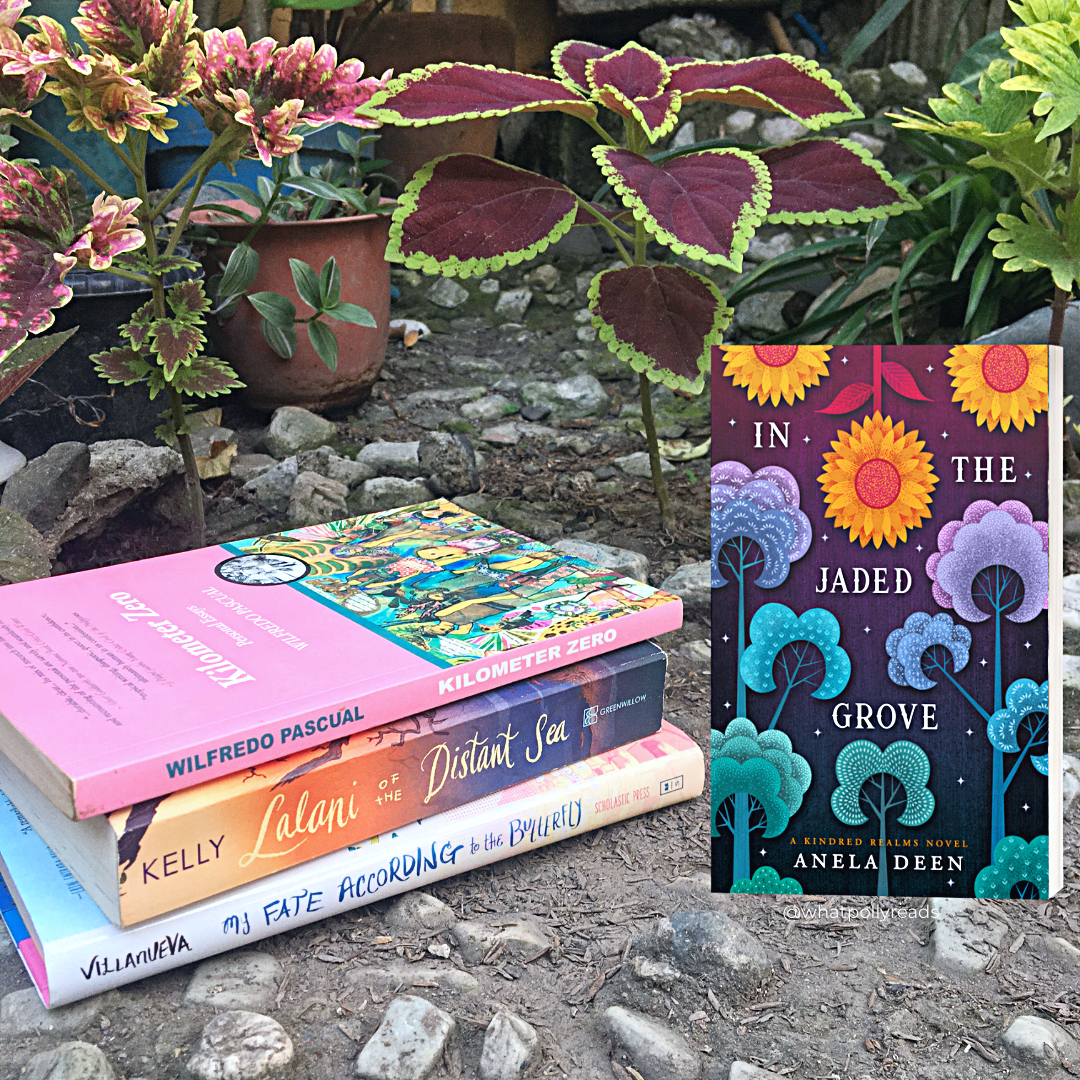 And so I eagerly read... 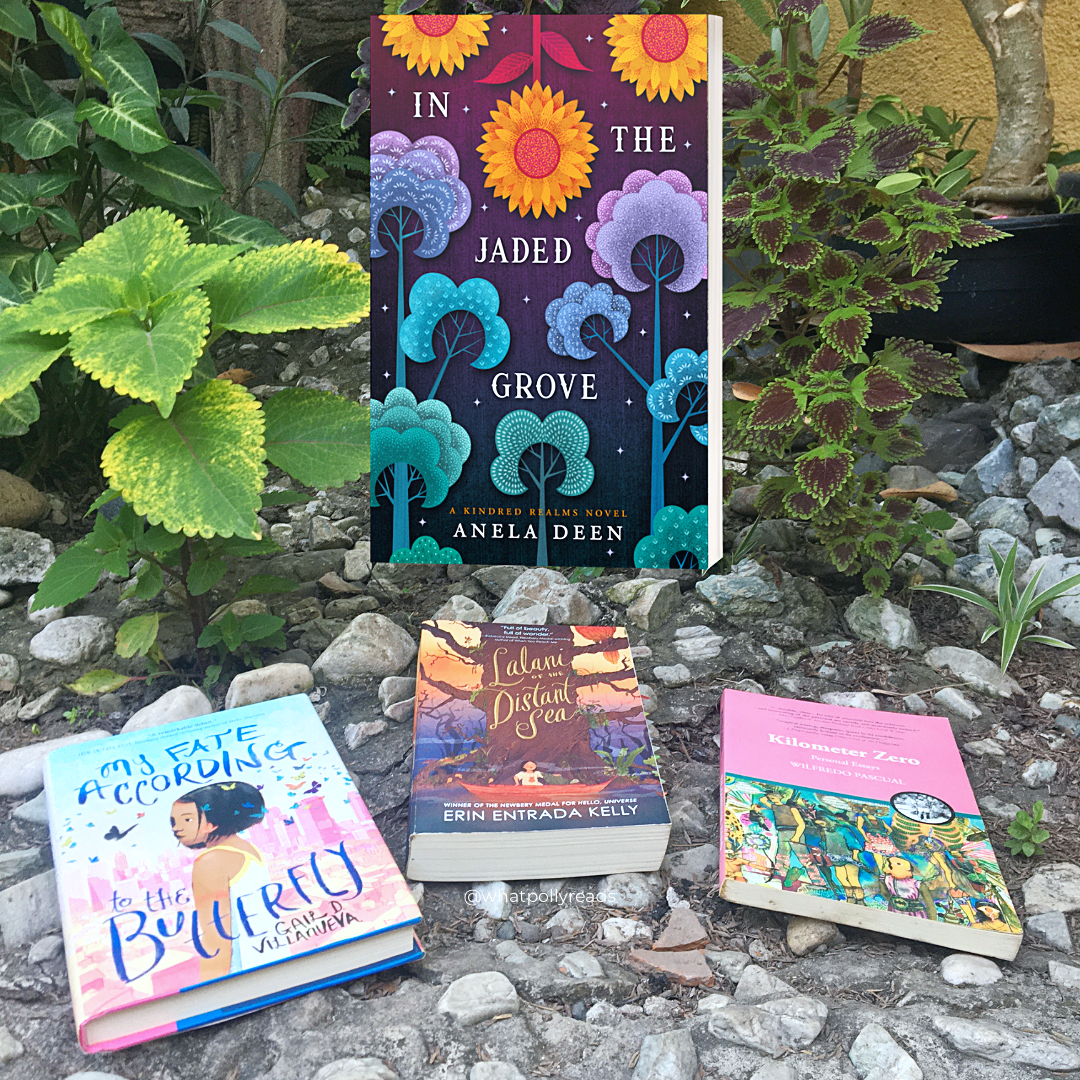 PART THREE: THROUGH A VALLEY OF WHITE MIST / Overall Thoughts

In the Jaded Grove is a breath of fresh air for me. As someone who loves reading fantasy, I can say that this book offers something different from the others. I genuinely enjoyed reading it. I love how it is not so hard to read even though we were introduced to a new world. I also love how the story was paced. Another thing that I love about it is how everything fell into place. Also, unlike other fantasy novels, In the Jaded Grove has a subtle romance. I love how the romance was not forced and not rushed, but it still worked out in the end.
Overall, I really enjoyed reading In the Jaded Grove and I am looking forward to reading more from this world! I would highly recommend In the Jaded Grove to my fellow fantasy lovers who would like to read a fantasy that is purely magical with lots of turns and twists. 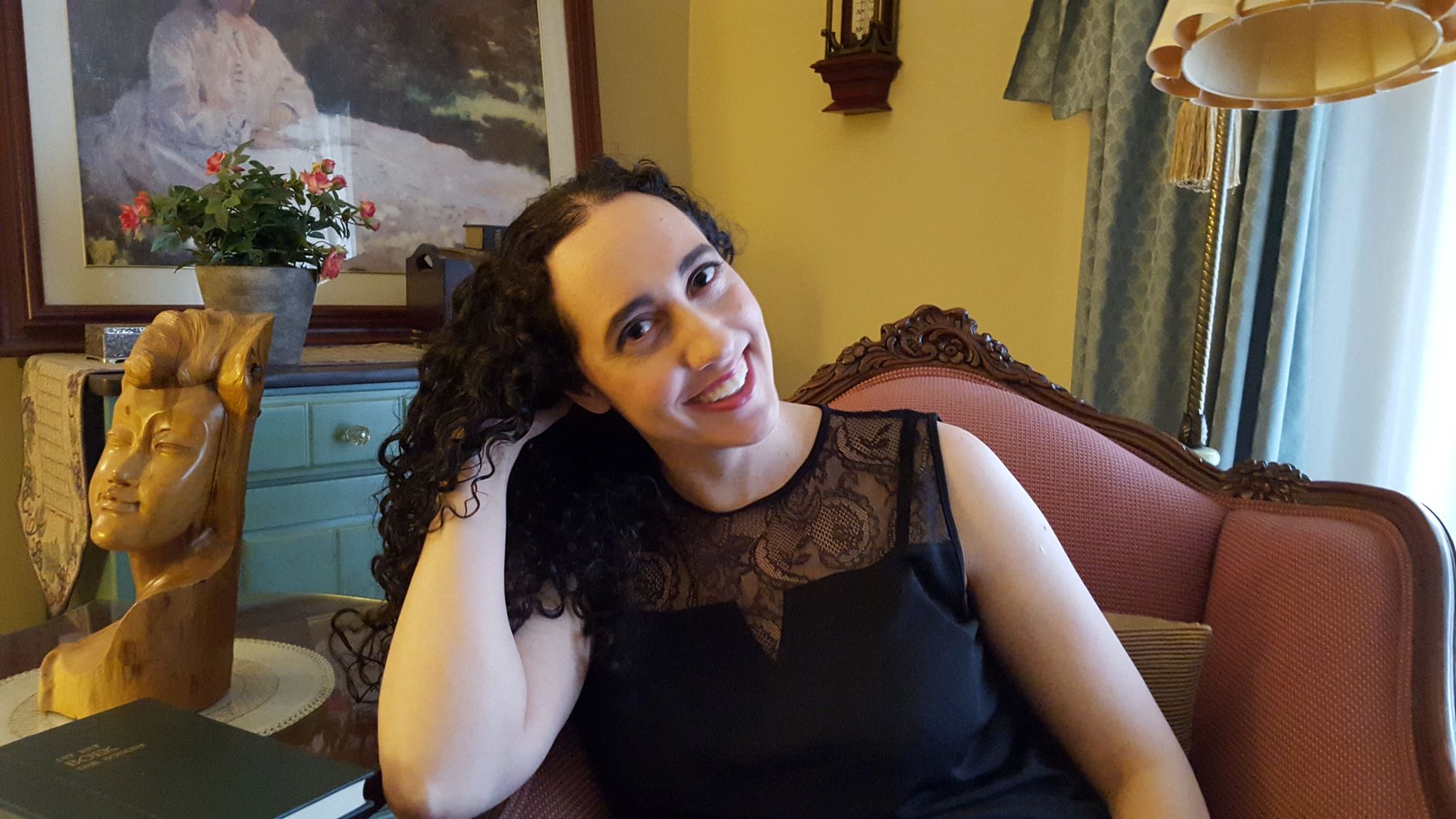 A child of two cultures, this hapa haole Hawaiian girl is currently landlocked in the Midwest. After exploring the world for a chunk of years, she hunkered down in Minnesota and now fills her days with family, fiction, and the occasional snowstorm. With a house full of lovable toddlers, a three-legged cat, and one handsome Dutchman, she prowls the keyboard late at night while the minions sleep. Coffee? Nah, she prefers tea with a generous spoonful of sarcasm.
Website | Twitter | Instagram | Goodreads

This post contains affiliate links which means that the blogger will receive a small commission, with no extra cost to you, if you buy through the links in this post.

you might want to consider sending some Ko-Fi her way.

What books with faes/fairies did you love to read? What are some that are on your TBR? 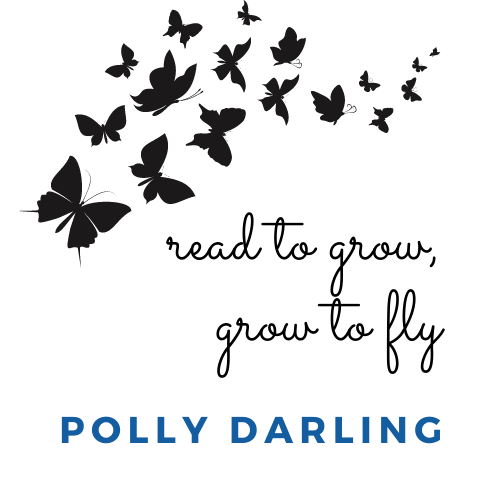 Polly Darling is a 24-year-old Filipino bookish content creator who advocates for POC-written and diverse books.